What is a Variable Annuity?

A variable annuity is an insurance contract, that guarantees a minimum payment after a set number of years or the accumulation period.

Variable Annuities also allow you to invest in the market through subaccounts. Within these subaccounts, there are different investment to choose from. These investments are similar to mutual funds inside the variable annuity. Investing in these different subaccounts allow the investor to capture some upside when the market is doing well, while the annuity protects them on the downside during the accumulation period.

Variable annuities provide investors with the security of an annuity combined with potential returns from different investments. Think of a variable annuity as a mutual fund with an insurance wrapper. This wrapper will protect your investment in the subaccount.

As annuities have become more popular, they have added new riders that offer an income guarantee for the investor. Many of these riders allow the investor to invest in the market through subaccounts in the variable annuity. This is a great option for investors as it lets them capture gains on the market during good years and protects usually with a guaranteed floor during the down years, such as 2008 and 2009.

Because of the recent Global Financial Crisis that happened in 2007 and 2008, many people are hesitant when it comes to jumping back into the market. The crisis has made many investors look for something with a “guarantee” that they will not lose their investment.

What Fees Are Associated With An Annuity?

Most variable annuities will pay a commission to the salesperson. This fee is something that is not usually advertised when the salesperson is pushing showing you the product. The commission will usually range between 6-8%. This 6-8% commission that is paid to the agent or broker is why the insurance companies have to this fee. If you don’t keep the annuity for a set number of years, the company will make you pay the surrender charge so they don’t lose money.

Should you exit the annuity early, the insurance companies have to protect themselves by charging a fee. This fee is the insurance companies way of recouping the cost of commission paid to the agent or broker. This surrender charge will decrease the longer you keep the annuity till finally it disappears once the company has started to make a profit.

The Jackson National Variable Annuity has a 7 year holding period until there is no surrender charge. The surrender charge is not an annual fee on the variable annuity. The fee is an expense paid only if you exit the annuity early and is not included as part of the annual expenses.

The Jackson National variable annuity has several annual expenses associated with it.

This example shows the expenses associated with owning this variable annuity:

If you total the most expensive fees from benefits, (riders and subaccounts) the maximum expenses can be over 6.00% per year. Keep note, that this is not typical for the average investor, but shows you what the potential fees could be.

What is Inside the Jackson National Perspective II Variable Annuity?

The main reason why people choose to invest in variable annuities is for a guaranteed income stream in retirement and protection from downside risk.

Variable annuities typically have two phases. The accumulation phase and the payout phase. During the accumulation phase, you will typically make one large deposit or smaller payments for a set number of years to the annuity. The funds inside the annuity are then invested into subaccounts. Subaccounts can range from mutual funds, stocks, bonds and money market accounts.
The next phase is the Payout Phase. During this time the investor will receive a monthly or yearly payout. The payout is based on the total payments and the gains from the subaccounts.

Because of the insurance portion of the annuity. the investor will receive a predetermined monthly payment, even if the account is worth less than the amount originally deposited.

With variable annuities, they will have a benefit that offers you the larger value between the subaccounts and their gains in the annuity, or the total that you originally deposited or invested.

What Option Do I have To Choose From In The Subaccounts?

The investment option inside the subaccount are managed by recognized money managers. You can choose to build your portfolio with any asset class and investment philosophy you see fit.

You can also do a little bit of both if you would like. Jackson will allow you to do a managed portfolio as well as select your own investment options within the subaccount.

In depth look at the Lifeguard Freedom Flex Income Rider

There are two major gears to the Perspective Annuity II, the income base and contract value. The annuity contract is based on the income guarantee. The value of the funds you have selected in the subaccounts is your contract value.

With the Lifeguard Freedom Flex Income Rider, during the accumulation phase the income base is credited by whichever bonus percentage you have selected. The accumulation phase last for 10 years. The fee will vary depending on which bonus and step-up percentage you have selected. Here is an example of the fees associated with the bonus and step-up options in the rider:

For the following example, I will be using the option in the rider for the 7% annual income step up bonus. There is a 1.50% fee for this option.

With the Lifeguard Freedom Flex rider, each year the company will evaluate the guaranteed income base of your annuity to the total of your subaccounts (or contract value) and choose whichever account is higher. If the value of your subaccounts (or contract value) did not reach at least 7% after fees, the rider will raise your income base by the 7% bonus.

This means if the market had a good year, or your subaccounts exceeded your income base by a value of at least 7% after fees, then your contract value would increase by that amount. The 7% step-up would not take effect in this case.

Keep in mind that with all of the fees of the annuity and subaccount, it will be hard for your contract value to produce returns that exceed 7% per year (after fees). With this said, it is possible that you could be restricted to the 7% annual step up for the accumulation phase of the contract. This 7% step-up does not count towards the cash value of your annuity. The 7% bonus is only applied to the income base of the annuity.

The income base is what your withdrawals will be calculated on during the payout phase.

With the Lifeguard Freedom Flex Rider, there is also a guaranteed withdrawal balance adjustment (GWB) after 12 years. This will raise your income base, or the amount you originally invested by 200%. If you invested $50,000 into the Jackson National Annuity and didn’t start taking withdrawals until year 13, your income would have been raised to $100,000.

Over the last few years the Jackson National Annuity has become quite popular. With its steady stream of income and the undeniable benefits of the Lifeguard Freedom Flex rider, a lot of agents and brokers have been pushing this annuity. While this annuity does have its benefits, it also has some drawbacks. The annuities high fees make it a poor choice for growth.

Like any financial product, make sure to do your homework and make sure it is a proper fit for you and your situation. A variable annuity is not for everyone, so before you sign on the dotted line, make sure to triple check this product with your unique situation. Nothing is worse than getting into something you can’t change for at least 7 years without losing money. 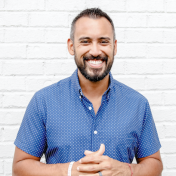 Alliance Wealth Management, LLC (“Alliance”) is a registered investment adviser offering advisory services in the State(s) of Illinois and in other jurisdictions where exempted. Registration does not imply a certain level of skill or training. The presence of this website on the Internet shall not be directly or indirectly interpreted as a solicitation of investment advisory services to persons of another jurisdiction unless otherwise permitted by statute. Follow-up or individualized responses to consumers in a particular state by Alliance in the rendering of personalized investment advice for compensation shall not be made without our first complying with jurisdiction requirements or pursuant an applicable state exemption.

All written content on this site is for information purposes only. Opinions expressed herein are solely those of AWM, unless otherwise specifically cited. Material presented is believed to be from reliable sources and no representations are made by our firm as to another parties’ informational accuracy or completeness. All information or ideas provided should be discussed in detail with an advisor, accountant or legal counsel prior to implementation.